Thank you for reminding us of the debt we owe to those who have defended our country. 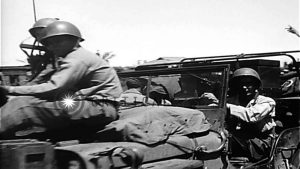 22 March – The 187th Reg., the 674th and 675th Field Artillery units had completed their move from Tanauan to Cuenca, Luzon; taking over positions left by the 158th.

23 March – the Japanese stormed A Company’e outpost on San Jose Hill.    The outpost forced the enemy back but had lost Captain Hanna who had not remained in the safety zone with the rest of his unit.  The artillery forward observer was able to  call in artillery fire on the enemy locations and the following morning.

Col. Pearson dispatched G and F Companies to clean out the area.  Tanks battered down houses and the engineers deactivated land mines, but NW of the village, the enemy fired from concealed caves and stopped the attack. 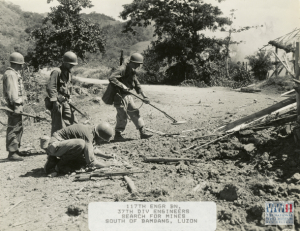 24 March – the Japanese reentered the village of Dita during the night.  Four battalions of artillery and…