In the clubhouse, on the far wall where the club memorabilia is displayed, is an Honour Roll recording the names of those who have served the club in official capacities. Unfortunately this fails to give credit to all the other members who cheerfully devote many unpaid hours to support the club’s activities. 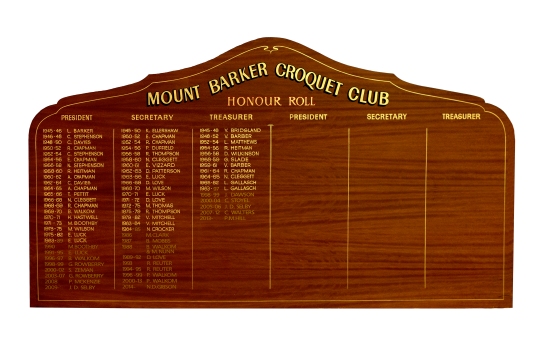 Hoops in place for the start of play

For good croquet immaculately prepared lawns are essential.  The club is indebted to all those who tend the lawns and the gardens and carry out the maintenance of the club facilities. 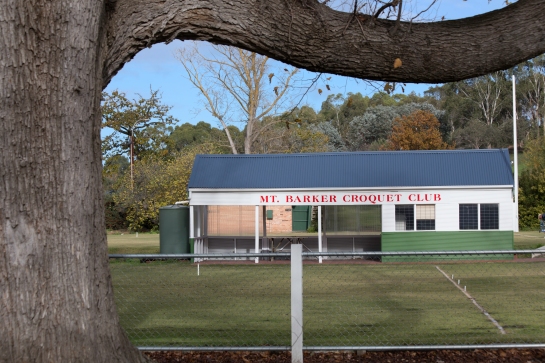 Focus on the play!

Many fail to play sport later in life because they feel that they do not have the sporting prowess to excel. Even although she has only been playing croquet for a couple of years, by her own self-assessment Marjorie Turner considers she is average, and unlikely to become a top player. But this does not deter her from playing. She values the exercise, and the friendship she has found. She says members have always made her feel welcome, and she has met some very nice people.

Colleen Walters, nine years a member, six as Club Treasurer. She appreciates the regular exercise, and the social life. With husband Maurice, they are another of the club’s couples. 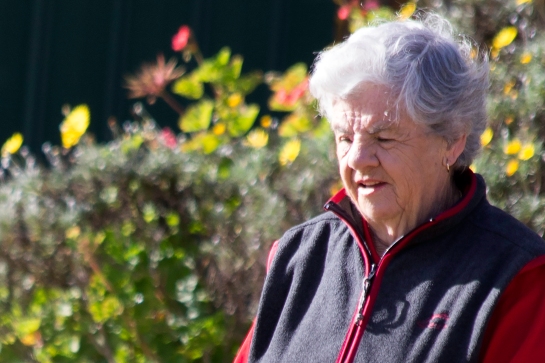 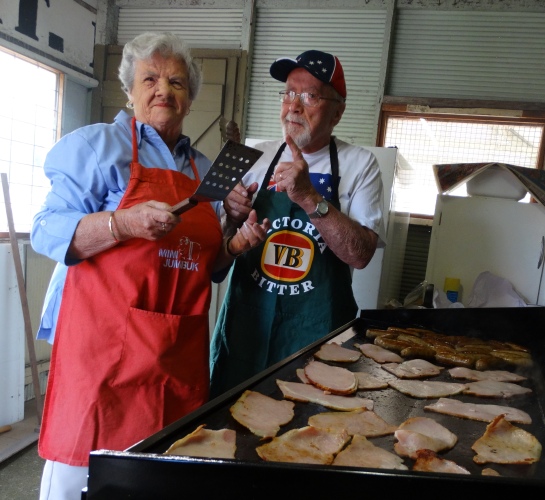 Having played croquet for the past 11 years Mavis Klenke has become one of the club’s most accomplished players, winning several gala day competitions. She loves sport, and golf croquet has become an important part of her life, a pleasure she can now share with her husband Eric since he retired. He has become equally enthusiastic about the game. 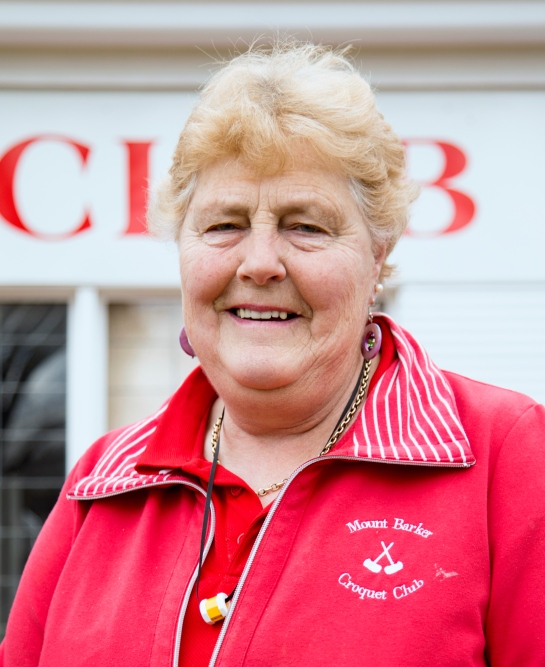 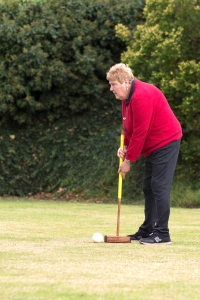 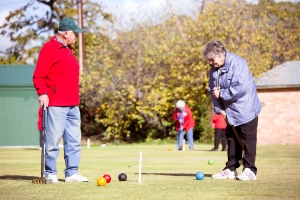 Trevor Kramm watches as Meredith Walters has her turn.