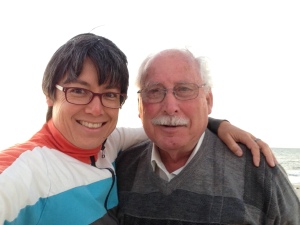 Pop-Star with one of Australia’s most influential women.

Moya Dodd shows one of the secrets to her amazing rise to fame. She shows her appreciation to Pop-Star.

The children of today, growing up in our midst, are a never ending source of amazement to me, their ability to learn, their skills, and almost unlimited potential for achievement.

MOYA Dodd demurs at the suggestion shes the most powerful Australian in world football.

However Dodd defines it, her CV suggests she has is a fair dollop of both. She is the first Australian on the executive committee of FIFA – the most powerful decision-making body in world football –as well as the first female board member of both the Asian Football Confederation and Football Federation Australia. This comes after a decorated playing career that saw Dodd rise to become vice-captain of the national team and named in the Matildas Australian Team of the Decade for the 1990s.

It a fair effort for a “half Chinese kid growing up in the western suburbs’’ of Adelaide in the 1970s.

In an effort to define her influence, Dodd tells the story of her visit last year to the Iranian capital, Tehran, to speak at a football conference. The Iranian theocracy is not well-disposed to women when it comes to sporting matters. Indeed, Iranian women are banned from attending stadiums to watch matches.

After Dodd tweeted she was heading to Iran to speak, she says she was inundated with requests that she should advocate on behalf of Iranian women who wanted to go to the football.

“I was getting Facebooked and tweeted and emailed by people that I didn’t know,” she says. “People from inside Iran, people from outside Iran, pointing out this state of affairs and asking me to do something about it.”

FIFA president Sepp Blatter was also heading to Iran. For those outside football circles it can be hard to appreciate the pull Blatter has around the world. In essence, he is treated as a head of state wherever he goes. The sporting equivalent of the Pope.

So before the conference started, Dodd pigeonholed Blatter and asked him to raise it with the Iranian government as a priority.

“He nodded and I wasn’t sure if that meant he would or he wouldn’t, but he certainly took on board the thoughts – and sure enough he did,” she says.

And when he did announce that he had asked the Iranian government to reconsider the ban it made headlines worldwide.

“To have the president of FIFA raise an issue with the president of Iran about women’s rights in football was something I was really pleased to be part of. To me that was part of what these positions on FIFA can yield.’’