A recent study conducted with funding from the Sloan Foundation, by the Associated Press-NORC Center for
Public Affairs Research of 1,024 adults ages 50 and over finds that expectations of retirement are shifting.  Many more view retirement as at best a partial exit from paid employment and look to delay full retirement.  Perhaps unsurprisingly, lack of financial security emerges as the main reason for delaying retirement.  The survey also finds that over half of those that have searched for a job in the last year found job search to be ‘moderately or very difficult’ , while 20% of those working reported some form of age discrimination in their workplace.

The survey found mixed responses regarding the issues of age at work, with these being largely sector dependent:

“Those who work or worked in professional services are most likely to consider their age an asset to their career (28 percent), outpacing the…

One of the interesting features of research on age at work is the industry-specific nature of what is considered ‘old’ or ‘older’. An example often cited is that of IT workers, often considered old when they are 30 or 35.

At the other end of the spectrum is the judiciary. In the UK, there is no upper or lower age limit for judicial candidates – though there is a statutory retirement age of 70 for all judges. The guidance suggests that would-be judges should be able to offer a ‘reasonable length of service’ – usually at least five years. However, unlike many European states with their codist legal systems where judges are a sort of parallel legal profession, the UK and the USA with their common law systems tend to appoint judges from the ranks of lawyers in later life.

This item on the Capital website (which covers New York…

Actually I think this post should be titled “10 ways to avoid expert advice on the internet”.

Yet again we have encountered a guide, this time via Forbes, on “10 ways to avoid being branded as old at work“.  I did a quick Google search to see if there was an equivalent for “young”, but no.  I then tried middle aged and got slightly side tracked by the Huffington’s post list (11 ways this time) for Middle-aged women (particularly since it seemed to suggest I should spend more on clothes).

So anyway here are some selected items from the Forbes list:

Apparently this shows your age – does anyone really read into what comes after the @ in an email address?  But Ageatwork is in luck since apparently gmail is the ‘in’ email account.   I find it really hard to work out how… 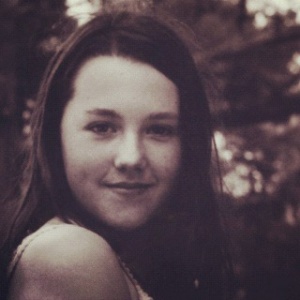 Murder victim Carly Ryan was a victim of the type of crime the legislation aimed to prevent. Picture: Supplied Source:Supplied

Independent South Australian Senator Nick Xenophon sought to create a criminal offence for the practice in the Criminal Code Act 1995 and create a register of those who breached the law, in a legislative change he dubbed the “Carly Amendment”.

Senator Xenophon said while the amendment was supported by himself, the Greens and the DLP, the major parties voted against it on party lines.

“For me and many fellow South Australians, nothing brings home the seriousness of cyber crime more than Carly Ryan’s story,” Senator Xenophon said.

“In 2006, when Carly was just 14 years old, she started chatting online with someone she thought was a 20-year-old called Brandon Kane.

“What Carly did not and could not have realised is that behind the online conversation with Brandon was not a 20-year-old musician at all. Brandon Kane did not exist. Instead she had unknowingly developed a relationship with Garry Francis Newman, a 47-year-old man who lived with his mother.”

Senator Xenophon moved the amendment to a Bill brought by the Greens to improve the policing of cyber crime.

He said some major party senators would be regretful when they realised they had torpedoed a law that, had it been in place, could have stopped the murder of Carly Ryan.

“I said to one of the South Australian senators who voted against it, ‘do you realise what you just voted against?’ and he just shrugged his shoulders,” Senator Xenophon said.

Eminent UniSA child protection advocate Emeritus Professor Freda Briggs yesterday joined the criticism, saying predation was the only reason for adults to lie to children about their age.

“There needs to be a better deterrent,” she said.

“I can think of no other reason other than predatory ones for an adult lying to a child on the internet.”

“Carrie” endures because she embodies the vulnerability we all share. We are all Carrie, says the film’s director, Kimberly Peirce:

We all want love and acceptance, we all face extraordinary obstacles, we all have some part of our lives where we are a misfit trying to fit in. That’s why we can all identify.

I’d thought “Carrie” was a horror flick. Who knew it was a coming of age film?

“Carrie” revolves around the search for personal power, self-esteem and status — and reveals how horribly wrong it can all go.